My Big Dream: Shelby’s Experience as a Gestational Surrogate

For some women, pregnancy is a long and uncomfortable ten months. But when school teacher Shelby had her first son, she knew she wanted to do it all over again.

“I really just loved being pregnant. I had a really easy labor. That was my first thought about possibly being a surrogate at some time,” she says. “This is like my big dream. If I could do anything that was crazy. This would be it.”

When her second son was born, Shelby and her husband decided that their family was complete, and Shelby saw her opportunity. Her teaching colleague had been a surrogate before, and she answered all of her questions about the surrogacy process. As fate would have it, her colleague even knew of a family who needed a surrogate!

After introductions were made and they decided to work together, Shelby and the Intended Parents decided to find an agency to manage the journey. “There’s so many intricate parts and there’s just, there’s too much for us to do properly,” she says. 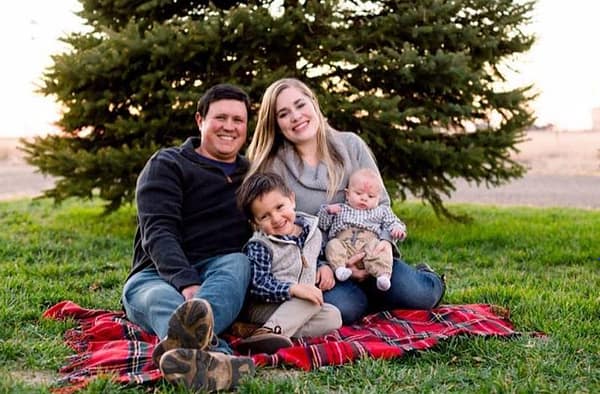 After researching several different agencies and comparing reviews, they decided that Family Source Consultants ticked all the boxes. “I wanted somebody to be able to step up for me in case things happened. And that was one of the great things about Family Source,” Shelby shared.

Her first transfer went ahead in September 2019. Although it was unsuccessful, Shelby decided to try again. This time, matching with a new set of Intended Parents, A&K.

“Of course, there was some sadness surrounding it, but it was also a confirmation that my desire to be a surrogate wouldn’t go away.”

The experience also helped her realize that she wanted to be a surrogate for a family that would want to have a close relationship. Within a week, FSC had matched her with the perfect Intended Parents.

“I just loved their profile. I was showing my husband, and I was like, ‘Look at these people. They just love each other.’ The parts in the profile where they talk about one another was what really got me.”

After completing the legal process with her IPs, Shelby decided it was time to tell her family and friends she was going to go ahead with being a surrogate. Her mom was the first.

“She was pretty scared, not unsupportive – but just scared for the mental and physical aspects of it,” she says.

Her husband’s parents were initially a little worried but also gave their full support.

“I think their concerns were more for if something happens to me, and then their grandchildren and their son would be left behind. Their mom and wife, that was the concern, but that was really just at the beginning. Everybody was super supportive.”

She also had a lot of support from her church group. “They thought it was the coolest thing. They’re like, of course, this is what you would do.”

Even her students thought it was great. “I think they’re the funniest ones because they just don’t understand the process. I would go in to observe classrooms, and kids would be like, ‘Are you the lady that’s having the baby for somebody else? How does it work?’, I’m like, ‘Oh, go ask your science teacher,” she laughs. “And then they would come find me later and talk to me about it.” 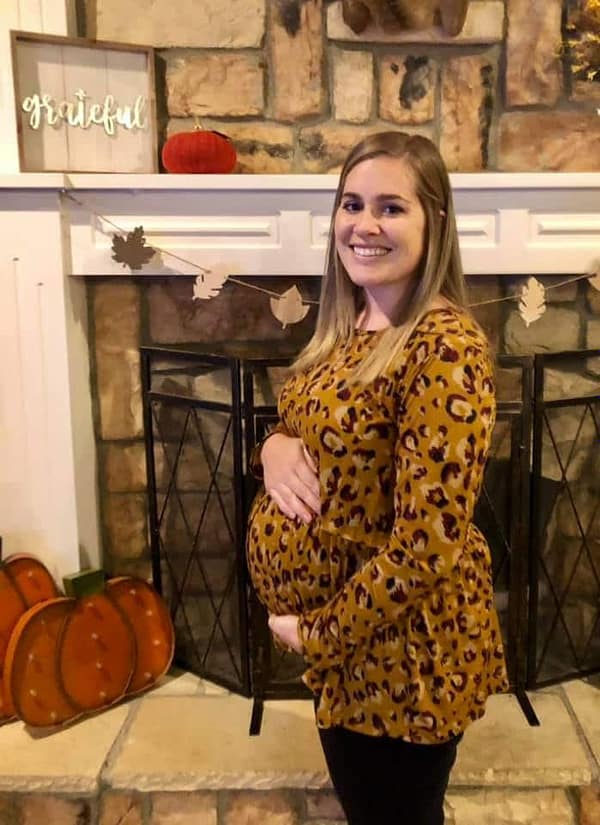 After meeting with her Intended Parents in December 2019, the embryo transfer went ahead in June 2020, which turned out to be the day of Shelby’s wedding anniversary. She and her mom stayed with the IPs at their home, which helped to “really get to know them in a different way.”

The transfer was successful, and Shelby’s pregnancy went brilliantly until the 18-week mark when she woke with symptoms that made her think she was about to lose the pregnancy. A sonogram revealed that she had placenta previa, which occurs when the placenta covers part or all of the cervix during the last months of pregnancy. Fortunately, this condition usually resolves itself, which is what happened with Shelby.

Her 20-week appointment turned out to be quite special: her IPs and her husband were able to be together in the same room.

“It was amazing. I never cried in my own sonograms for my own children, but this one, I sure had a few tears because of the emotion and the happiness that I felt for her in the moment,” Shelby says. 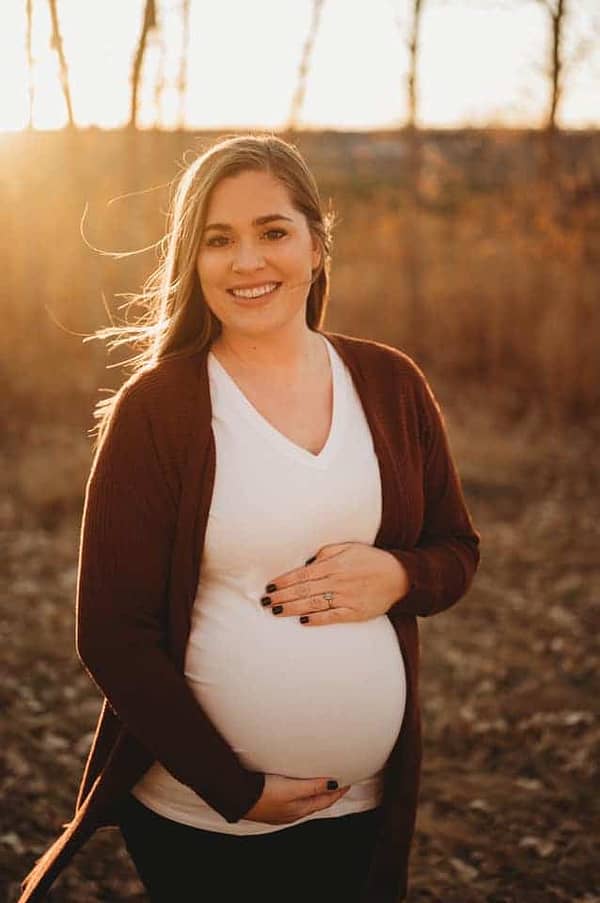 Shelby and her IPs planned to have labor induced two weeks before the due date, and she gave birth to a baby boy at 2:24 am on February 25th. Although the labor was long, 14 hours overall, it proved to be the perfect opportunity for Shelby and her husband to bond even deeper with both Intended Parents.

After some initial complications during the delivery, everything went smoothly. “He finally let out this big cry, and there were just tears everywhere,” says Shelby.

Their nurse even stepped in to take photos of Shelby, the IPs, and the baby. 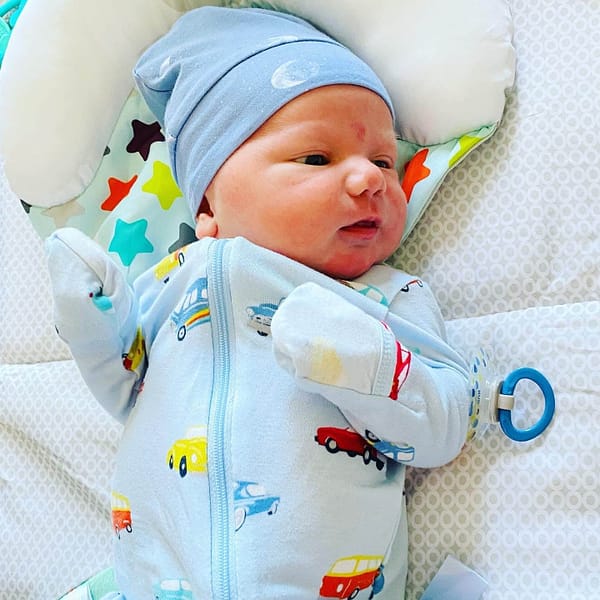 “I’m so grateful for that. And so thankful that she took the time to be like, ‘Oh, let me get these memories that we probably wouldn’t have because you couldn’t have a photographer in there.’ He was nine [pounds] three [ounces]. Not small, but not as big as you would have been if we went the extra two weeks.”

After the IPs and their new little one were released from the hospital, they brought their new son over to Shelby’s home so that her own children got to meet him.

“They had seen my stomach grow and had to deal with trying to sit on my lap when they couldn’t. I was really happy that they got to see them,” she says

Both families are still in close contact, although less regularly these days.

“I get pictures pretty often. I get to FaceTime him. He is precious, and it was amazing. And I’m just so happy that I got to be a part of this big piece of their life,” she says. “I get to talk to their other kids, too. So, it’s not just the relationship with the parents in my journey. I have a relationship with their other children because they’re old enough to understand.”

Most of her surrogacy compensation has gone into a savings account for their children’s future, apart from a small amount that Shelby admits she splurged on a special treat for herself. “It’s silly, but I really wanted a TV on my back porch! I want to be able to enjoy the outdoors and have movie nights outside. That was the one frivolous thing that we spent our money on.”

When it comes to advice for would-be surrogates, Shelby says communication is vital. Having read stories and testimonials from many other surrogates, she emphasizes the importance of knowing what you want.

“One of the things I’ve noticed is people saying, ‘Oh, I didn’t think that this was going to happen.’ I think it’s really important as you start to go through the matching process and the contracts to be really firm in the things that are important to you.”