My journey to becoming a gestational surrogate started with a general feeling of curiosity and interest.

The list of things I knew for sure was short and included:

Since signing up and embarking on this journey, the learning curve has been steep. I have learned a substantial amount in the past year about the process and myself.

While this post could have easily been titled Fifty Things I’ve Learned as a Gestational Surrogate, I’ll keep it to the top five that come immediately to mind.

1. Choosing the Right Agency is Crucial

For me, choosing an agency was like choosing a college or university to attend, in some ways. A basic Google search returned hundreds of surrogacy agencies across the country, and I was overwhelmed and confused with the prospect of choosing the “right” one. I quickly learned that, much like college, the “right” choice varies from person to person depending on their personality, needs, and level of support they’re looking for.

When it comes to choosing an agency, geography doesn’t typically matter. Agencies work with intended parents and gestational carriers from around the world, and there was no need for me as a surrogate to ever travel to the agency. Instead, I was primarily looking for an agency that made me feel comfortable and encouraged me to ask questions.

The entire process was explained to me thoroughly up front, and in terms I understood. I did not feel like I was annoying anyone at the agency or wasting anyone’s time by asking even the most rudimentary questions.

I liked the support I would receive from other FSC gestational surrogates via private social media groups and monthly virtual meet-ups. It became the community I didn’t know I needed as I embarked on this wild ride.

2. Patience is a Virtue

If there were a motto to sum up the surrogacy experience, it would likely be, “Hurry up and wait,” with a real emphasis on the “wait.”

I am not, by nature, a patient person. I live by checklists, activities, and the process of getting things done, especially when I am enthusiastic about a new adventure.

The early stages of preparing to become a gestational surrogate involve a lot of appointments. I waited for a match with intended parents before meeting with attorneys a couple of times to solidify the contract and legal details. I had to get medically cleared by the reproductive endocrinologist (RE), then I had to get cleared by a psychiatric professional. This was all before the IVF process even began!

From the time I started medication in a trial cycle requested by the RE to when we transferred the embryo was almost three months. This was followed by a two-week wait to see if the embryo had implanted and I was pregnant, followed by another 2-3 week wait to confirm a heartbeat via ultrasound.

As I write this at 34 weeks pregnant, I’m experiencing a different kind of waiting altogether as this last stretch of pregnancy is, well, a stretch. I can now look at a calendar and expertly manipulate things in my mind to make time feel like it’s moving faster (I’m not waiting 6 more weeks to have a baby; I just need to do 3 weeks and then another 3 weeks!)

3. Acronyms are our Friend

IPs, IVF, GCs, EDD – learning the ABCs of surrogacy can be like learning an entirely new language!

I joined a few social media groups before I even signed up to be a Gestational Surrogate to see some of the questions that were asked and the information that was shared. With every post, I essentially used Google and context clues to identify what was being discussed.

I got comfortable asking my case manager about things I didn’t understand instead of biting my tongue and worrying about asking a “dumb” question.

After several months and a lot of practice, I can now proudly say I speak “surrogate” fluently. I actively try to help others in the community by answering their questions and translating what once seemed like gibberish to me to the folks who are new.

This one seems kind of obvious but let me explain. When I initially considered becoming a gestational surrogate, I was interested in helping a person or couple have a child. Even upon meeting my Intended Parents and matching, I thought, “Hey, this is a great couple. I can’t wait to help them!”

What I hadn’t considered is all the people in their lives who would be impacted by my willingness to serve as their surrogate. The family and friends of my IPs often felt helpless watching this couple struggle with infertility for more than four years. With this baby comes the creation of new parents but also first-time grandparents, aunts, and uncles. I am helping a couple through my decision to become a surrogate, but the impact of becoming a gestational surrogate is so much bigger than just that.

5. I’m Stronger Than I Thought

I didn’t know how my family and friends would react to my journey, but I wasn’t expecting the overwhelmingly positive response and support I received. The first few times someone called me a “badass” for being a gestational surrogate, I brushed it off.

A friend finally cut me off one time, saying, “No, Hannah. Not a lot of people would help in this way. What you’re doing is exceptional.”

When I look back on the journey so far, it does feel pretty exceptional. I was nervous about the progesterone injections but pushed through months of bruised hips without much trouble. I spent weeks constantly worrying about whether or not the embryo would “stick” and if the pregnancy would be successful, but good news kept coming. I worked full-time and raised my family through nausea, hormonal shifts, and the very sweaty experience of being nine months pregnant in July/August.

I am absolutely stronger and more resilient than I was before becoming a gestational surrogate and, dare I say, maybe even a little more badass, too.

Hannah is a first-time gestational surrogate with Family Source Consultants. She delivered a baby boy for her intended parents in July 2022. She lives in Illinois with her husband and two young children. 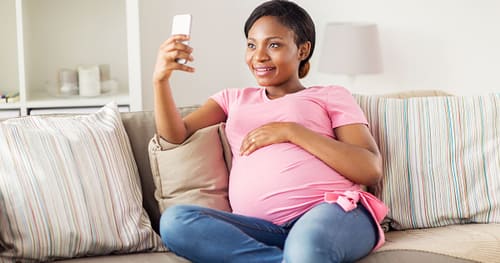 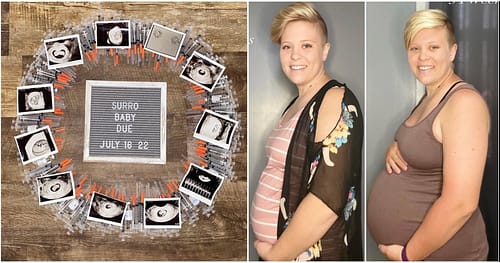 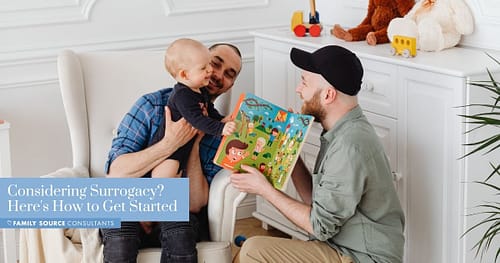 Considering Surrogacy? Here’s How to Get Started 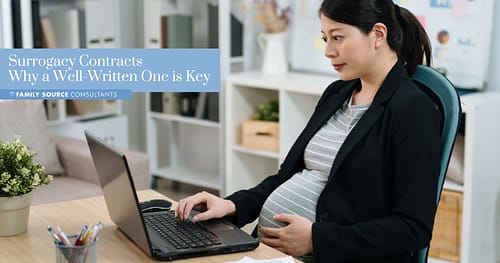 Surrogacy Contracts: Why a Well-Written One is Key 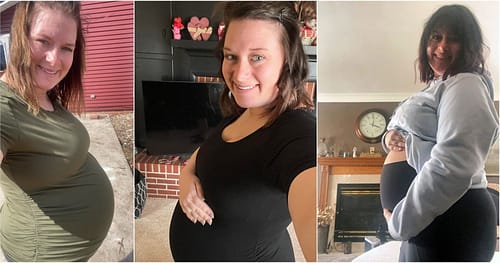