Most of us think of the “biological clock” as a construct that only women experience. Gay Parent Magazine reader Bill Guest of Chicago begs to differ. 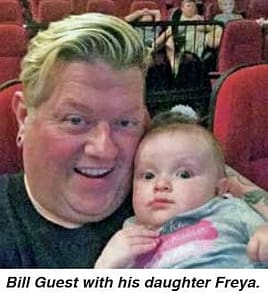 “The biological clock was ticking,” Guest, 39 laughed by phone. “I’d known since I was in my mid20s that I wanted to be a dad, when my sister had her first kid. I have five nieces and nephews who I love more than anything, but I wanted to have a child of my own.”

“I found myself getting older, and I’d actually started the adoption route six or seven years ago,” Guest continued. “I went to four different adoption agencies, and they all had the same answer: no. Basically, when you’re gay your options are pretty much cut in half. A lot of people don’t understand or agree with our lifestyle and don’t want to work with us. And when you’re single, your options are even more limited.”

At one point, Guest considered working with a number of social service agencies in his quest to become a dad. He didn’t have a lot of luck with the agencies he approached.

“They all said the same thing: they wanted me to pay $40,000 or $50,000 to get started, make me a binder and put me into their system — and it would have then been a waiting game. I could have waited six months to 10 years and there’s no guarantee. And to further complicate things, I wanted a newborn so I could experience the whole thing.”

“After that,” Guest continued, “was a real no-go: the foster care adoption system. It’s a wonderful system, and I actually completed the course, but I learned that the goal is to get foster children back to their birth mothers. So there’s a lot of back and forth. I know from my experience of just fostering dogs that that would have been very hard — I could never have gone back and forth. It would have been too emotional for me. So I chose to opt out of that, as well.”

Guest found himself feeling rather defeated after that, and he briefly thought about giving up. But as he looked for other options and information online, he found an organization called Men Having Babies. With their help, Guest connected with other men — including gay, single men — that were on the surrogacy path.

“Working with Men Having Babies was great,” Guest recalls. “They connected me with 20 or so companies that are involved with surrogacy, including referrals and references. I chose Family Source Consultants, as they’re based right here in Chicago.” 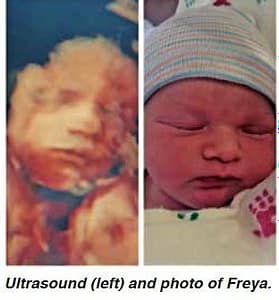 “I know people say agencies are expensive, but having an agency was worth every penny, at least for me,” Guest continued. “They did everything. They had me fill out a questionnaire — almost like Matchmaker — and began the process of matching me with a surrogate. The first two surrogates and I didn’t click really well, but then I found Corinna and we really clicked. We went to lunch and we found ourselves laughing and having fun, and right there she said ‘I wanna help you do this.’ It was amazing.”

As Guest had shared the potential financial barrier to surrogacy, I asked about that price tag.

“It can be a big range,” Guest shared. “I was fortunate in that I found a surrogate whose insurance actually covered it, so that saved me about $40,000 right there. I only had to pay copays. But the average surrogacy journey can cost from $80,000 to $150,000. However, Men Having Babies offers some financial assistance to potential parents who apply.”

Guest’s investment was money very well spent. His enthusiasm about becoming a dad is truly heartwarming.

“I was in the delivery room when my daughter, Freya, was delivered, and I started crying,” Guest remembered. “She was so beautiful. Just holding her every day and watching her grow so much in just eight months, and watching her change and learn. It’s very rewarding.” Guest is fortunate to have a career that is conducive to his new life with his infant daughter. He runs an internet-based store, Pagan Cellar Jewelry out of his home. Without a commute or long hours working outside of the home, he’s able to be Freya’s primary caregiver. However, every parent knows that it may not take a village to raise a child, but access to a village helps! Guest has family who are standing by to lend a hand.

“My family’s very close,” Guest shared. “I’m living at home right now with my parents — they have a huge house, and my daughter and I have a whole apartment downstairs. She has her own room. My sister lives four houses down with her five kids — like on Everybody Loves Raymond, we’re all pretty much next door to each other. Her kids are over almost every day. My parents and my family were supportive when I came out, and they were supportive when I decided to become a dad. They love their grandkids!” 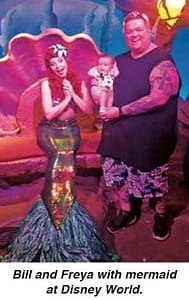 Guest seemed to be having so much fun being a father, I wondered whether he was planning to give Freya any siblings.

“My sibling journey has already started.” Guest said. “This fall, I’ll be using the same surrogate. She’s amazing. I’d learned of a lot of surrogate horror stories, but my surrogate and I get along so well.”

So Guest is having fun being a dad, he loves his surrogate, and they’ll be pregnant again this fall. I wondered how many more children this excited new father was planning to have.

“I think two’s going to be enough,” Guest laughed. “My sister has five, and I visit them quite often, but I could never imagine having that much chaos.”

With all of the change going on in his life, I wondered whether Guest’s status as a single father might change any time soon.

“I’ll be honest,” Guest shared. “There is no dating life right now! You’re busy, and your mindset changes. I think in our community, we tend to party a little longer. I grew up a few years ago. I have no interest at all in going to a bar or a club or anything like that. When I think about dating again someday, the first thing I wonder about is whether I’ll find someone who wants to have kids. I want to find someone who is a mature adult and who understands that I have children, and has that same mindset. But as of right now, I’m happy being single. I really don’t have time right now for a relationship.”

In talking with Guest, it’s clear that he is already experiencing the most profound relationship in his life. “I love being a dad,” Guest said. “And every day, as Freya learns, changes, and grows, it gets more exciting.”

This feature was written by freelancer Michael P Coleman. Connect with him at michaelpcoleman.com or on Twitter: @ColemanMichaelP.