Six years ago, Emilio realized something was missing in his life. He was 49 years old and living in Ecuador with his partner, Ismael. Life was good, but he still longed for the pitter-patter of little feet.

With only five months left before his 50th birthday, he knew it was now or never. So he decided to act fast. Emilio’s first point of contact was a surrogacy agency in Spain, which put him in touch with Family Source Consultants.

Suddenly, his journey had begun. “I started from there, and it was quite fast, actually. Everything went very smoothly.”

Unfortunately, Emilio’s first surrogate didn’t work out due to unforeseen medical reasons. But FSC was able to match him with another surrogate, Amy. It turned out to be the perfect match. In fact, Amy would become his surrogate not once but twice. 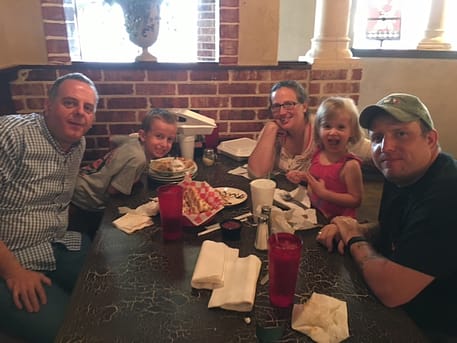 Meeting Amy and family for the first time

Six years on, Emilio and Ismael are now the proud parents of two children, and they couldn’t be happier. But looking back, Emilio says it felt like a long journey at times. It took two years to have his first child, Marina, who was born in 2016.

In the lead-up to her birth, FSC kept both parties updated with regular meetings and follow-ups. Emilio and Amy also kept in touch every day through emails, calls, and texts. “That was very appreciated from my side and from Amy’s side,” Emilio says.

During Amy’s first pregnancy, Emilio and Ismael were able to attend Amy’s medical appointments. As first-time Intended Parents, he felt this was important for everyone involved. 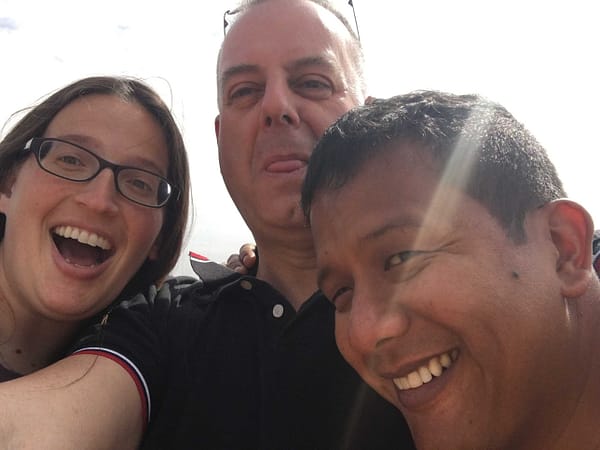 Touchingly, Emilio was also mindful of Amy’s welfare throughout. “Amy was well-supported, which was good. It’s hard to be pregnant, I think, and to go through this procedure,” he says. “It was good that she could ask me things, and I could respond.”

The geographical distance between the two families proved no problem when it came to communication. In fact, their friendship continued to blossom throughout the pregnancy. “We communicated every day during the pregnancy, sometimes many times during the day,” Emilio says. “Ismael and I made sure we followed everything very closely.”

When the time came for Marina’s birth, he and Ismael flew to Amy’s hometown of Amarillo, Texas. They arranged to arrive a week before the big day, which gave them time to familiarize themselves with the city. “We are now very attached to the city and to Texas – and to Amy,” he says. 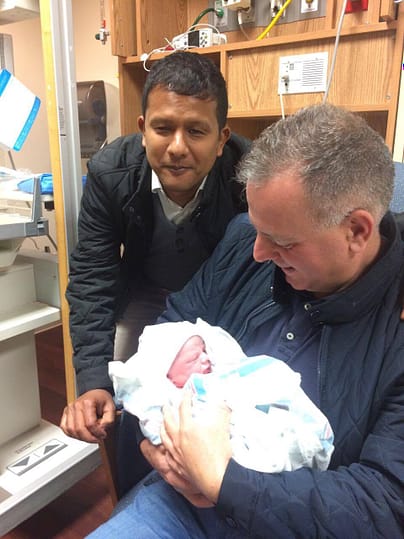 When he and Ismael decided they wanted a second child, there was no doubt in their mind who would be their surrogate. Amy gave birth to Emilio’s son Rodrigo in 2018. With embryos created using the same egg donor, Marina and Rodrigo are full biological siblings.

The second time around, Emilio and Ismael arrived almost two weeks before the big day. “We’d had some time to get used to Amarillo, so the second time was much easier. We had the same apartment and the same car rental company, so that helped a lot.”

Of course, having a toddler in tow meant they had to make some adjustments! “It was a little more complicated because Marina was there, so we suddenly had two children to take care of! But the process went quite well.” 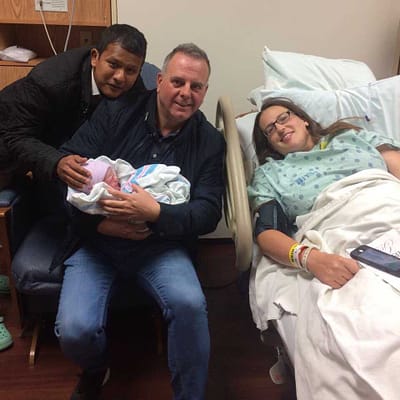 Ismael, Emilio & Amy after the birth of Marina

Emilio’s little family is now complete, and he loves his new life as a dad. Amy has since moved to Lubbock, but their relationship is just as strong as ever. The proud fathers keep in touch with Amy on a regular basis.

Having fulfilled his dream, Emilio says the long journey was all worth it. And he has some honest advice for other would-be Intended Parents. “I’m not going to tell you that it’s easy because it’s not,” he laughs. “I’d like to say to Intended Parents that it’s all a lot of happiness, but there are also lots of ups and downs. It’s hard to be a parent, but children are so rewarding.” 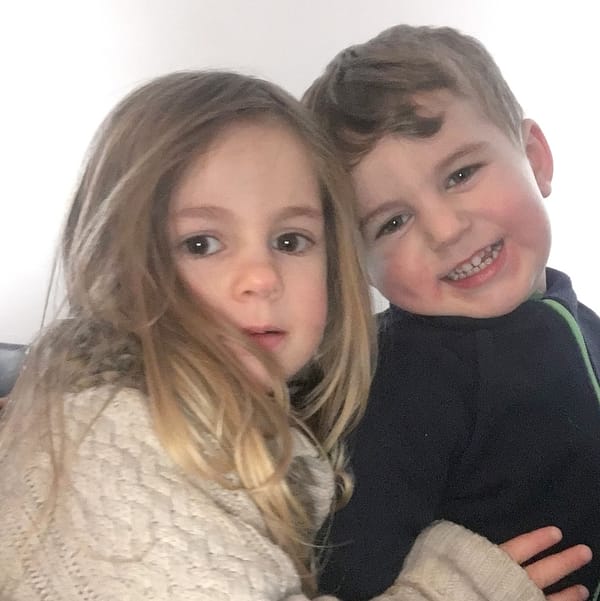