Growing up, Scott had always dreamed of becoming a dad.

“When I was a kid, I was kind of obsessed with the Sound of Music,” he says. “I wanted a really huge family with seven kids like the Brady Bunch, and everybody always knew that.”

But as time went on and he still hadn’t found the right person, he began to wonder if it would ever happen. “Being gay is one that kind of adds an extra challenge to that. And as a gay man, also trying to find somebody that wants to have kids can be a little bit of a challenge.”

It hadn’t occurred to him that he could be a dad on his own until a serendipitous dinner conversation at a restaurant one night. The friend seated next to him began talking about his surrogacy journey with Family Source Consultants, and Scott’s jaw dropped.

“I didn’t know I could do this. I wasn’t really interested in anything else at the table anymore. I was just amazed that this could actually happen.”

The friend explained how he’d used FSC for egg donation and surrogacy and how the whole process had worked.

The very next day, Scott contacted FSC himself, and suddenly his journey began. “It’s just amazing how things just fall into place at a random moment like that,” he says. 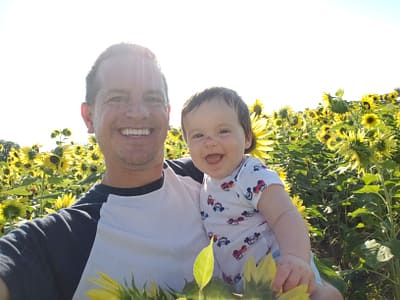 FSC matched him with a surrogate who also lived in Kansas, just a short drive away.

Before their first meeting, Scott admits he had some reservations about using a surrogate.

“I was mainly worried about whether they would take care of their body and take care of the baby. It’s this total stranger, so you don’t know. My big thing was, is this person going to do everything they need to do?”

Upon meeting his surrogate, however, he knew he had nothing to worry about. The pair clicked straightaway and even found they had a lot in common. More importantly, Elizabeth already had four children and was happy to share her pregnancy journey with him.

“I wanted to be part of everything, so I wanted to make sure that she was comfortable with me attending like sonograms and general doctor visits and all that. She was very open to that, which was really good.”

Right from the beginning, Scott and Elizabeth were in close contact via text messages and social media.

“We have very similar stories and similar backgrounds. We both have like a really strong faith in God, so I think that kind of helped guide our journey as well.”

He says he was also able to see things from her side and understand why she had chosen to become a surrogate.

“I think the reason a lot of surrogates do this is that they already have their family, and it’s family that’s so important to them. And to be able to share that with other individuals like myself as a single person and help them build a family – that’s what’s so important for her.” 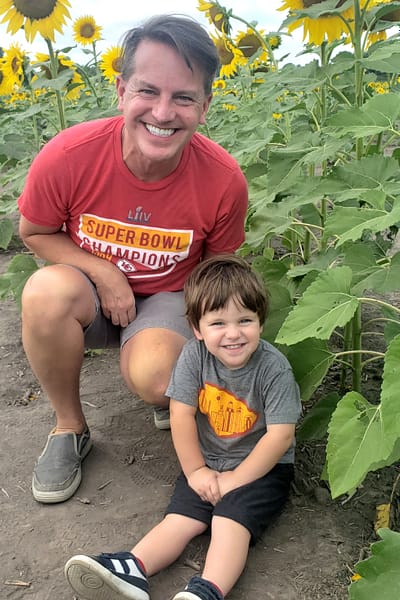 Support throughout the journey

Elizabeth’s husband was fully supportive of her decision to become a surrogate, which Scott said helped a lot.

“Her husband actually came to some of the meetings and some of the different doctor’s appointments as well. He was always there for her, which was really good because she had that really strong background and a really strong support group.”

Scott also had plenty of support from his own family and friends.

“I have such a good, strong family. They knew that I wanted a kid all along. When I came to them and said, ‘Hey, this is what I’m doing’, they were telling me, ‘Oh, you can do this.'”

Although the pregnancy began as twins, one of the babies passed away at 12 weeks gestation. Scott said this was one of the most challenging parts of the journey, but they eventually came to terms with the fact that this is always a risk factor.

“What’s most important is having a healthy child. That’s obviously what all of us are going on our own journeys for – just to have a healthy, happy child at the end.”

The big day finally came in January, just as a snowstorm hit the city. Scott was there to see his son born while his mom, best friend, and Elizabeth’s husband were on standby in the waiting room.

“The hospital was super great. She had her room, I had my room. And then it was like – ‘Can we get out of here before we get stuck in the hospital, through the snowstorm?'” he laughs.

Now a proud dad, Scott and his surrogate are still good friends and in daily contact.

“We text all the time. We’re friends on Facebook and Instagram as well. From the very beginning, from that first interview, it was like we just clicked.” 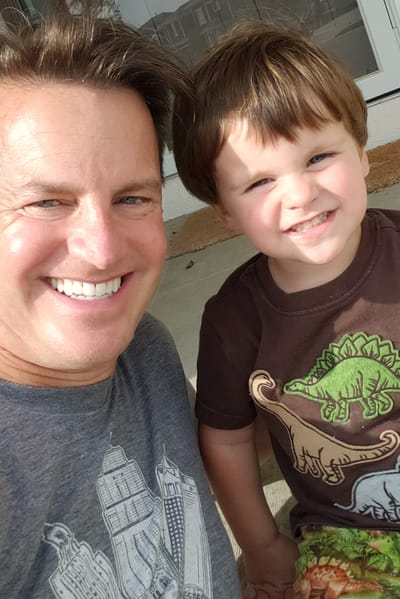 Advice for other intended parents

His advice for others who are considering starting their families through surrogacy is to go for it – but to be patient.

“It takes time. That was one thing for me. I was like, come on, when am I going to get connected? But there’s all the medical checks and the psychological checks, and you’ve just got to take a breath and know what’s going to happen.”

He says it’s also important to know that things won’t go as quickly as you might want. “It’s not going to be a smooth, easy journey. There’s gonna be roadblocks. You have to just take a couple steps back, take a deep breath, and realize that it’s going to be okay. And then just progress on.”

Healthy communication is crucial for making it through those obstacles, he says. He emphasizes the importance of establishing what each side wants.

“I would say make sure that you keep open, honest communication. Be upfront. Let them know what your expectations are right from the beginning. Don’t be afraid to say you want a weekly picture or a text, or that you want to know when different things happen. I think that’s what makes it a successful journey like mine was.”