Telling Your Children You’re a Surrogate 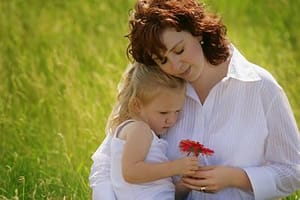 The decision to become a Surrogate is one of the most selfless acts a mother can do. While you are giving the dream of parenthood to another person or couple, you are also going to be faced with the challenge of explaining to your own children what exactly being a Surrogate means.

Remember that this idea may be confusing at first to your children. Introduce the idea of becoming a Surrogate over time. Make sure your kids know you are helping grow someone else’s baby. You can say it is like babysitting, a concept they may understand. Prepare them for the birth and what will happen when the baby is born.

The age of your children is also a factor to consider when explaining surrogacy.

One FSC Surrogate who has children in middle school involved them in the process from the start, including taking them with to doctor’s appointments and having her children meet the Intended Parents.

She said she was straightforward with her kids and explained the surrogacy process, “I told them there were embryos that were going to be put inside my uterus and they were going to grow into a baby and would be someone else’s baby”.

Another FSC Surrogate explains that while she asked her 11-year-old son permission, she waited until she was 20 weeks pregnant to tell her three-year-old daughter.

She explained, “I told her that I was going to have 2 babies for 2 very nice men because they couldn’t have babies for themselves. Then introduced her to the Intended Fathers and we went to the ultrasound and she got to see the babies. Whenever we discussed that I was going to have babies, I made sure to use the Intended Fathers’ names so that she would understand that the babies were not coming home with us. I knew that she fully understood when strangers would ask her if she was excited to have a brother or sister. She would look at them and tell them that they aren’t our babies and would be going to live with their daddies when they were born”.

While this can be sometimes challenging for kids to fully understand, there are also a few children’s books that can help young minds understand the surrogacy process. A few of those books include: