The First Contested Surrogacy Case: The Story of Baby M

The 1985 case of Baby M was a contentious one that made surrogacy the center of many issues; this included the legality of surrogate contracts, feminism, father’s rights, and reproductive rights, to name a few. 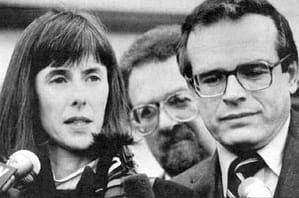 It all began when William Stern and his wife Dr. Elizabeth Stern decided that they want to start a family via surrogacy. Dr. Elizabeth Stern had been diagnosed with multiple sclerosis, so the couple feared for the health of both Elizabeth and the baby in the event she chose to carry a child.

The Sterns entered into a surrogacy contract with Mary Beth Whitehead, a married woman with two children of her own. The contract outlined that Mary Beth would be both an egg donor and a surrogate, artificially inseminated with William Stern’s sperm.

Mary Beth would then carry the pregnancy to term and wave all parental rights in exchange for $10,000. Her only request was to be sent occasional photos and letters providing updates on the baby.

With no issues throughout the pregnancy, Mary Beth gave birth to a baby girl who eventually was named Melissa (now infamously known as Baby M). However, issues arose shortly after. Upon seeing the baby, Mary Beth started having doubts about giving her away. With the Sterns only having Baby M in their care for a few days, Mary Beth demanded the baby back and wanted to renege on the contract. 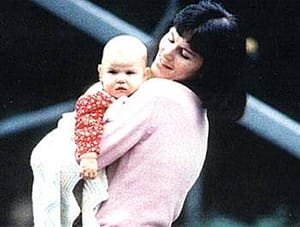 And so, a bitter court battle began over the legitimacy of the surrogacy contract and who had custodial rights to Baby M. Ultimately, the court granted custody to the Sterns and upheld the contract after a chilling conversation between Whitehead and William Stern was revealed in which Mary Beth threatened to physically harm Baby M. Upon hearing this, Whitehead was granted no parental rights.

To combat the decision, Mary Beth appealed to the New Jersey Supreme Court. The appellate courts decided that it was in Baby M’s best interests to remain with the Sterns. However, they also completely voided the surrogacy contract and restored parental and visitation rights to Whitehead.

In terms of paid surrogacy, the New Jersey Supreme Court ruled that it was “illegal, perhaps, criminal and potentially degrading to women.” The ripples of the court’s decision spread throughout the country, and many states outlawed paid surrogacy or surrogacy entirely.

While the courts and lawmakers took a negative view on surrogacy, the case itself shed light on surrogacy as an option to start a family and the rate of surrogacy in the United States rose as a result.

In addition, the Baby M case is still used as a benchmark for other contested surrogacy cases. One such example is the case of Robinson v. Hollingsworth, in which a surrogate tried to claim custody over a child that genetically was not related to her. This case resulted in custody being granted to the Intended Parents.

Since the Baby M case, the national attitude towards surrogacy has changed. More states have legalized surrogacy as it allows modern families, including same-sex couples to start and expand families of their own. Surrogacy clinics also have put in place a more rigorous screening process, encompassing physical and mental components. This is done to avoid a surrogate or egg donor having any doubts about what they are signing up for and who will have custody of any children born through the process.

Baby M is now Melissa Stern, who has put the case behind her. As an adult in 2004, she legally had the parental rights of Mary Beth Whitehead terminated. Melissa also officially went through the adoption process, legalizing Elizabeth Stern as her mother.

“I love my family very much and am very happy to be with them,” Melissa told a reporter for the New Jersey Monthly, referring to the Sterns in 2004.

“I’m very happy I ended up with them. I love them, they’re my best friends in the whole world, and that’s all I have to say about it.”

To learn more about surrogacy or to begin the application process, contact us at FamilySourceConsultants.com.